Last week I watched Brene Brown’s much-anticipated event, the Netflix presentation of The Call to Courage. It ignited my inspiration. I feel not only called to be courageous, but called to live big, to get into the arena, and embrace vulnerability even more than I ever have before.

I’ve been a fan of Brene Brown’s for several years now. I’ve read many of her books and watched her Ted Talks. In the process, I have discovered a great deal about shame and vulnerability and courage. Brene is a gifted storyteller that has a knack for taking academic research and language and transforming it in a way that hits you in your heart. You feel the truth of it. She artfully weaves in humour and sadness, sharing real-life stories of trauma and resilience with integrity and passion.

I was impacted in so many ways, I hardly know where to begin, so I’ll just dive in.

Brene shares how devastating it was after her Ted Talk on vulnerability went global. While the accolades were many, the criticism she received felt overwhelming. She was in a rough space, but then she describes how she had this “total God moment,” after reading a quote by Theodore Roosevelt. 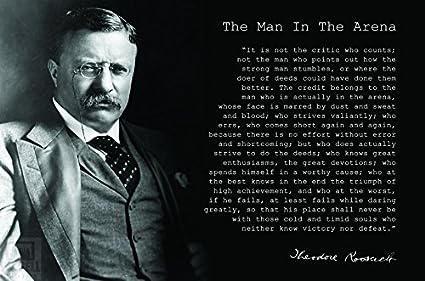 “It is not the critic who counts; not the man who points out how the strong man stumbles, or where the doer of deeds could have done them better. The credit belongs to the man who is actually in the arena, whose face is marred by dust and sweat and blood; who strives vigilantly; who errs, who comes short again and again… who at the best knows in the end the triumph of high achievement, and who at the worst, if he fails, at least fails while daring greatly.”

That was the moment when she chose to live in the arena, to have the courage to be vulnerable. Because the thing is, you can’t speak up without discomfort. If you’re not in the arena getting your asked kicked, she’s isn’t interested in your criticism. And neither am I.

“Vulnerability is the key to whole-hearted loving.” I am so jazzed about being in full-on, authentic connection. I learned at a very young age how being vulnerable was a key part of creating the space for others to trust being open and honest with me. Loving whole-heartedly has brought me more joy and bliss in my life than anything else. In fact, creating deep, meaningful relationships is my life purpose.

“You have to be vulnerable to be brave.” In all honesty, I have never considered myself to be a brave person. I’m just doing what feels natural for me. When I listen to Brene, though, I get it. Being vulnerable creates the opportunity for deep love, joy and a sense of belonging. But it also opens the door for heartache. The pay-off has just always felt greater for me than the risk.

“Vulnerability is the courage to show up when you can’t control the outcome.” This is the part that I struggle with; controlling the outcome. It has been the nemesis in my entire letting go journey. Especially when it comes to my kids. I know they are adults. I know they are capable, wise and resilient. Still, I intervene and advise when it isn’t my place. I worry that the path they are on could possibly lead to an unfavourable outcome. It turns out it not only takes courage to let yourself be vulnerable; it takes courage to allow the people you love to do the same.

In a Call to Courage Brene Brown posits that time is our big, precious, un-renewable resource. I have to agree, because it is only after a precious moment is gone that we feel the weight of what we didn’t accomplish. The truth is, sometimes we rock it out of the park, living our lives with energy and enthusiasm and accomplishing great things. At other times we are shut down, emotionally or physically, mentally or spiritually, and time seems to just slip by. And it’s all good. Our best has to be good enough, no matter what that looks like. When you get knocked down in the arena of life, you need some recovery time. The important thing is to get back in.

According to Brene, one of the magical sentences that can help you to deconstruct the obstacles in communication and relationship is, “the story I’m telling myself is…” We all have stories we have created that get in the way of seeing one another and being seen, a critical component of vulnerability. For example, when our partner or friend or colleague is tuning us out, instead of being curious and asking why, we tend to make assumptions based on our stories that it is something about us. Usually it is not. We have to be brave enough to question.

Practicing gratitude is a powerful tool towards joyful living. Pausing to be grateful for the ordinary moments fuels joy, love and a sense of belonging. When we are grateful for the gifts we have been bestowed, we develop healthy self-esteem and we don’t have to look outside ourselves or change ourselves. In fact, if you’re changing who you are, you aren’t achieving belonging, you’re just trying to fit in. 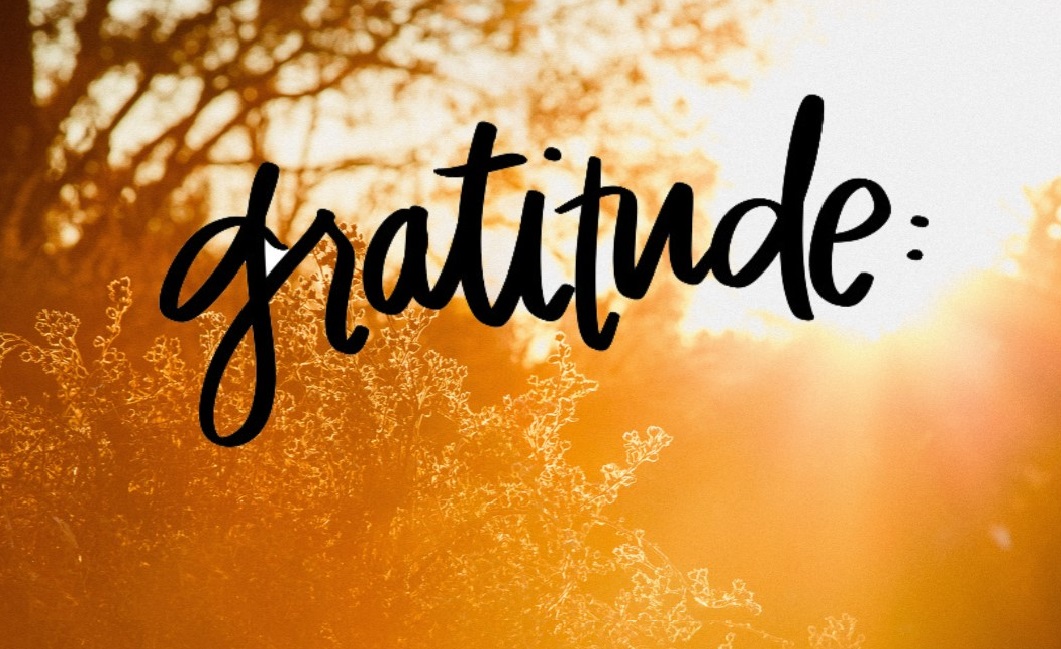 Many movements have been springing up recently that are supporting this courage to be vulnerable, to speak up in the face of discomfort. The #Me Too movement opened the door for millions of people, mostly women, to tell their stories of abuse. They stepped into the arena. Their bravery has incited criticism from those privileged enough to feel uncomfortable. But the tough conversations have to be had. Change is never easy. 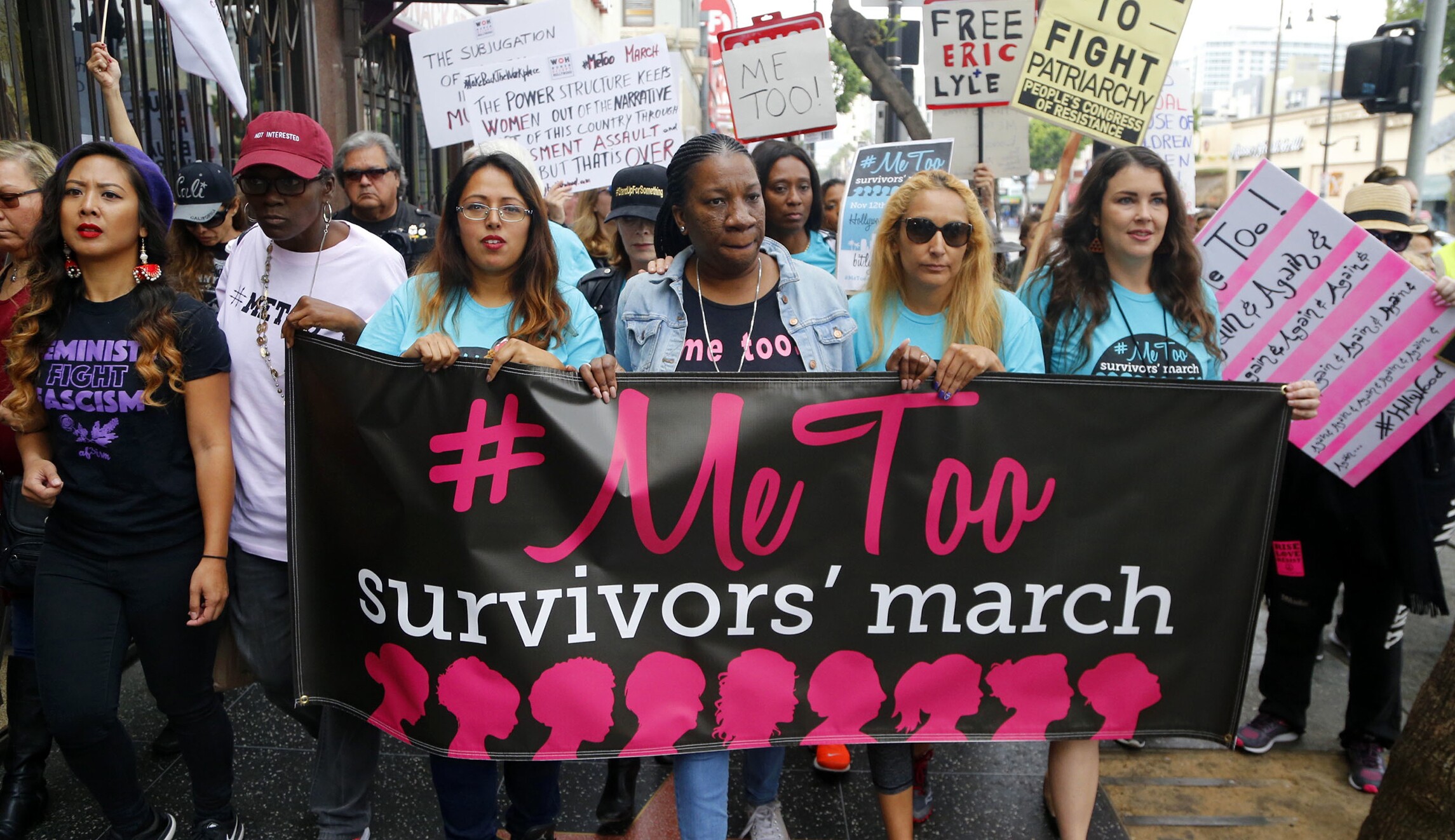 We, as a global community, need to excavate the myths that get in the way of progress and change. We need to elect brave leaders who are committed to equality and boot out those who are corrupt, greedy, and unethical. We have to be willing to make mistakes and to say the wrong thing. We have to get into the arena. We have to speak up.

As for me, I’m feeling affirmed in my vulnerability journey, ready to continue being open and honest with my heart and my mind. I’m feeling grateful for my life, especially for my Mister, who creates space for me to be my authentic self and loves me unconditionally, who not only supports me to be vulnerable, but embraces it. I’m inspired to continuing risking rejection, submitting my queries to agents and dreaming of being a published writer. I’m going to speak my truth through the platform of my writing.

So yeah, I’m feeling called to be courageous through the practice of vulnerability.

Lynda is a powerful, liberal and creative Canadian woman living as an expat in Riyadh, Saudi Arabia. Follow her adventures, trials, tribulations and explorations of the heart as she learns what it means for her to be herself abroad.